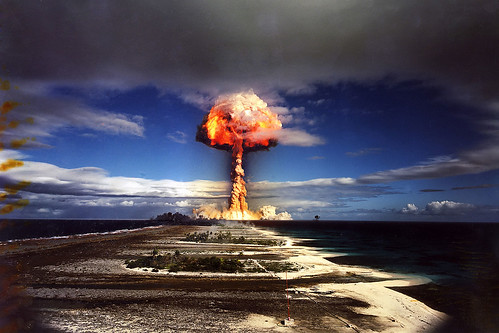 It would take 204 nuclear bombs to remove the Soviet Union from existence.  Fact or Fiction?  Unfortunate fact, based on a ‘Top Secret Limited’ correspondence sent on September 15th, 1945 between Major General Lauris Norstad – US Army Air Forces (USAAF) and General Leslie Groves – head of the Manhattan Project .  This document was unclassified in 1975 and appears in The First Atomic Stockpile Requirements (September 1945) – by Alex Wellerstein, published May 9th, 2012.

Here are portions of the documents that show the declassification and also computed numbers as outlined:

Russia was aware of this plan and it sparked an arms race that quickly propelled stockpiles to alarming rates and eventually had to be quelled by the The Anti-Ballistic Missile Treaty between the United States and the Soviet Union that was signed on May 26th, 1972.

Why such focus and necessity for world ending horrific technology?  Fear, the ability to fight and win wars without ever launching a missile.  Just the simple threat that outright destruction would be inevitable can prevent future conflict.

Just so we set a baseline, here is the estimated global stockpiles of nuclear weapons:

Most people would be surprised to see how low China is, however remember this is information from a Communist regime so don’t expect much accuracy.  However, they would also not want to understate too much in the fact it could make them appear weak.  So how is this going to play out.

The story begins back in back in December of 2001 when then President George W. Bush took the United States out of the Anti-Ballistic Missile Treaty.  Warnings were voiced from all directions that this could lead to a renewed arms race, the reality of which we are seeing today between Russia, China and the U.S. 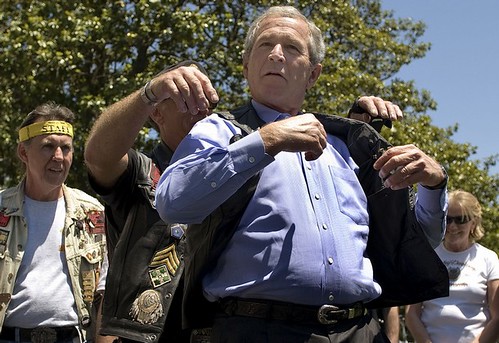 
Trump has shown no fear of an arms race and has repeatedly stated comments such as:

“We will outmatch them at every pass and outlast them all.”

Oh and let us not forget the famous tweet:

Well this definitely caught the attention of the International community and we could expect nothing less than an equal or greater response.

Let’s start with Russia and their response to the increased rhetoric on Nuclear build up and the saber-rattling between the U.S. and North Korea.  Putin recently launches a media and verbal assault campaign on the U.S. that includes, as summed up in the article Putin’s Nuclear-Powered Cruise Missile Is Bigger Than Trump’s:

Getting the general idea of how a new arms race is underway…not yet,?…let’s add in China then so we can assure the picture is better painted.  China, as many don’t realize, was actual WAY behind the curve on Military might and weapon build up until recent years.  Now they are in rapid fire expansion to catch up to the U.S. and Russia.

“At the most, China was believed to possess 250 nuclear weapons overall, making it one of the smallest nuclear powers in the world.

Like the country’s conventional forces, however, China’s nuclear arsenal has seen a dramatic expansion and modernization. Over the past 20 years or so, the land-based deterrent has grown to around 50 or 60 missiles, mostly road-mobile (and therefore more survivable) solid-fueled DF-31 and DF-41 ICBMs. Moreover, many of these missiles are deployed with multiple warheads (MIRVs), increasing their number of likely targets.

On top of this, China possesses at least 1500 intermediate- and medium-range ballistic missiles (such as the DF-21 and, eventually, the DF-26) and land-attack cruise missiles. Most of these missile systems are for conventional strike, but they could have strategic purposes. The DF-26, for example, with its 3000- to 5000-kilometer range, has been dubbed the “Guam killer,” due to its theoretical ability to hit this heavily militarized US-owned island.” 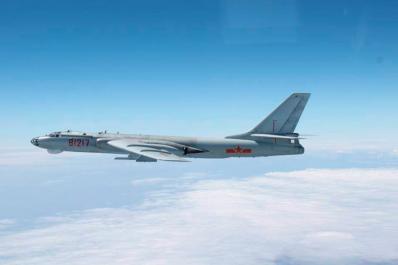 What was that, “Guam killer”, yes, not only does it exist but China has run test flights in the past to practice attacks on Guam, this is confirmed by the Defense Department.  If this isn’t enough to be of concern; let’s take a look at more recent moves made by China.

As published by Newsweek in their article CHINA WANTS NEW NUCLEAR WEAPONS TO KEEP UP WITH U.S. AND RUSSIA MILITARY POWER – BY TOM O’CONNOR ON 1/30/18:

“The Chinese military has expressed its desire to enhance its nuclear weapons to keep up with the U.S. and Russia, two leading powers that have increasingly committed to modernizing their own arsenals.”

“In a commentary featured Tuesday in the PLA Daily, the official newspaper of the People’s Liberation Army, military experts Li Xianrong and Yang Min detailed the nuclear strategies of the U.S. and Russia, China’s primary global defense competitors. While the outlet compared nuclear weapons to a “sword of Damocles” hanging over the head of mankind and called for them to be completely eradicated in a concluding note, the editor ultimately said they were a necessary tool to secure China and forward its interests as a major international player.”

“In the roiling unpredictability of today’s world, to upgrade the capability of our country’s deterrence strategy, to support our great power position… we must strengthen the reliability and trustworthiness of our nuclear deterrence and nuclear counterstrike capabilities,” the editor wrote, as translated by Reuters.”

All the groundwork has been laid and pieces are all in motion for a modern day nuclear arms race.  We must work to assure the end result of such an effort is never realized in that mutually assured destruction would be inevitable.  I only share and compile information like this to assure everyone is able to see the larger picture that small ‘bits’ of International maneuvers create.  All too often our media does not paint the complete portrait of all the moving parts; I look only to assemble information to assure you are able to see with both eyes open and in full focus.