The following are show notes only – the content is in the video above. 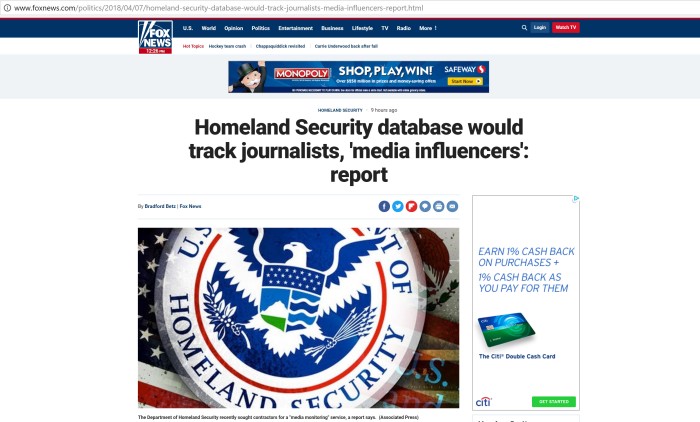 “The Department of Homeland Security is seeking contractors for the creation of a database that would monitor news outlets around the world and collect information on journalists, bloggers and “media influencers.”

The plan comes amid concerns of so-called “fake news” and its effect on U.S. elections, the Chicago Sun-Times reported.

The DHS Media Monitoring plan would grant the chosen company “24/7 access to a password protected, media influencer database, including journalist, editors, correspondents, social media influencers, bloggers etc.,” for the purpose of identifying “any and all media coverage related to the Department of Homeland Security or a particular event.”

According to the document, the public activities of media members and influencers would be monitored by location and beat.

Contractors bidding for the project must “present contact details and any other information that could be relevant including publications this influencer writes for, and an over of the previous coverage published by the influencer.”

The chosen company must have the ability to track more than 250,000 global news outlets in more than 100 languages, with the “ability to create unlimited data tracking, statistical breakdown, and graphical analyses on ad-hoc basis.” 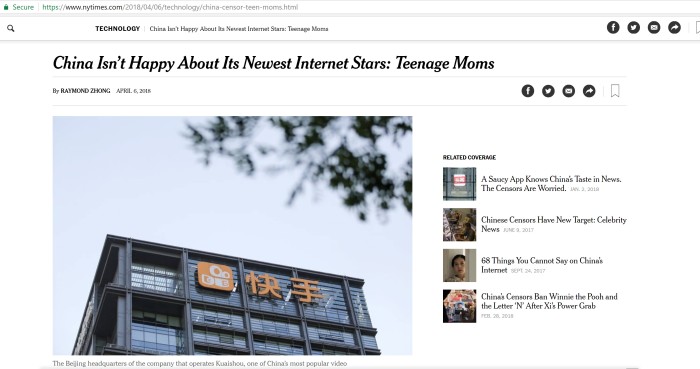 On November 25, Russian President Vladimir Putin signed into law legislation allowing the Russian government to designate media organizations that receive funding from abroad as “foreign agents.” Russia’s Justice Ministry, the agency tasked with identifying the specific media outlets to be targeted, has already notified Voice of America (VOA) and Radio Free/Radio Liberty (RFE/RL), both funded by the U.S. government, that they must register as foreign agents. The new law, however, is not limited to government-funded media: any organization receiving foreign funding or based outside of Russia could fall under the “foreign agent” classification. The New York Times, CNN, and European outlets could be targeted in the near future. The law also grants the Russian authorities an expansive mandate to block online content, including social media websites, whose activities are deemed“undesirable” or “extremist.” 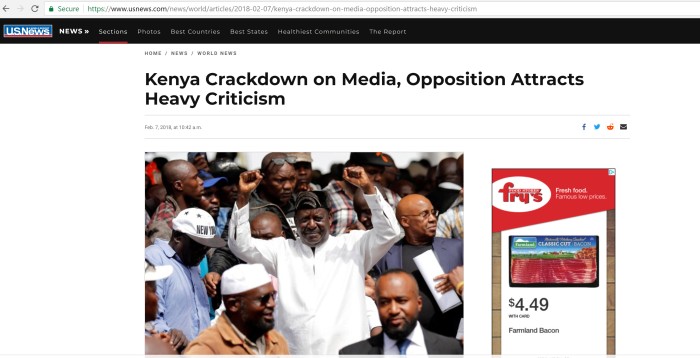 DHS spokesman Todd Houlton tweeted Friday that despite what some reporters may suggest, the solicitation is nothing more than the standard practice of monitoring current events in the media.